LET’S DO THIS, AMSTERDAM!

We saw the usual sights – the Red Light District, the I Amsterdam sign, etc. As well as spent hours wandering the canals and reading in parks. Unfortunately, the heat persisted for the first day and a half that we were in the city – a historically record high for temperature, I am told (yay, not) – then thankfully cooled off to a normal temperature for the second half of our visit. We did the indoor activities during the unGodly heat, and ventured outside only when the weather became more permissible. 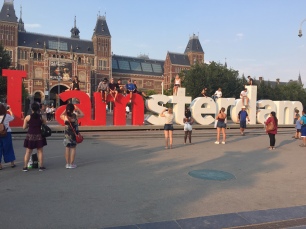 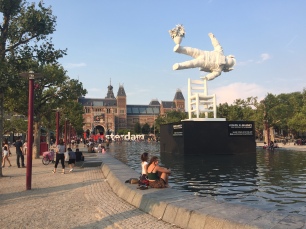 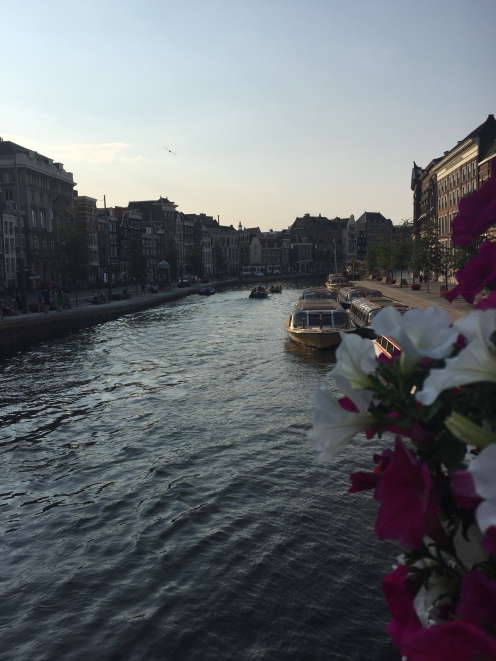 Another city, another beautiful canal 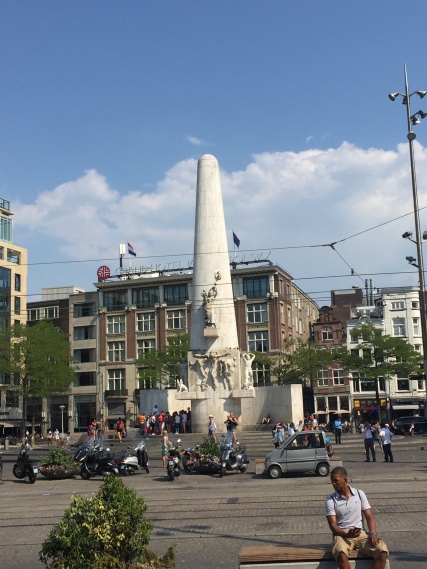 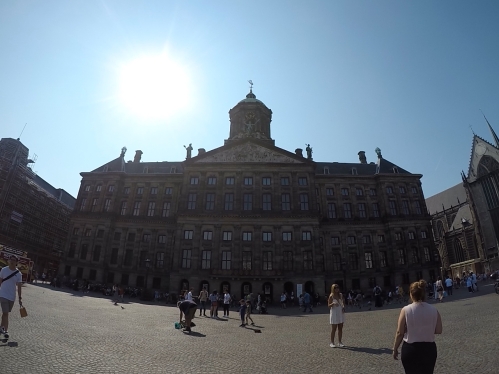 The Palace in Dam Square 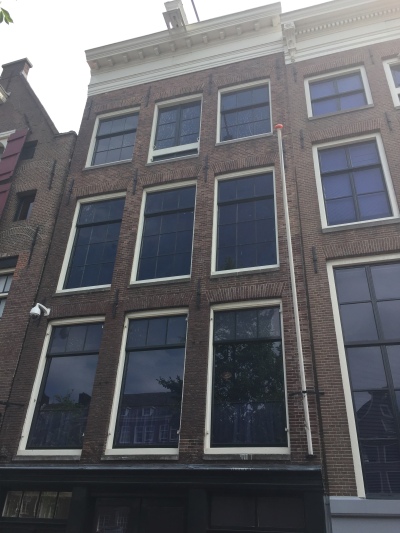 The Anne Frank House – you are not permitted to take photos inside, but this is the outside of the office/warehouse where the Franks and two other families hid from the Nazi’s during WWII until they were found and sent on the FINAL train to Auschwitz. Amazing, unnerving, saddening, inspiring to see the small rooms that Anne inhabited during those 2 years of hiding. 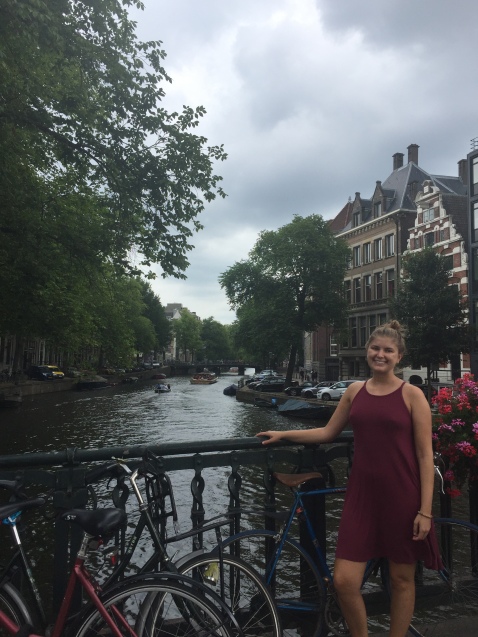 Me and a canal haaiii 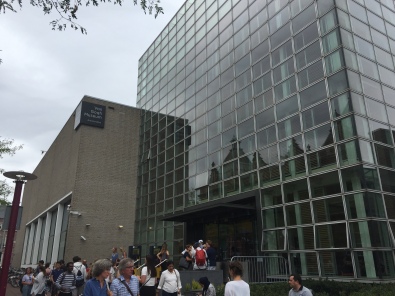 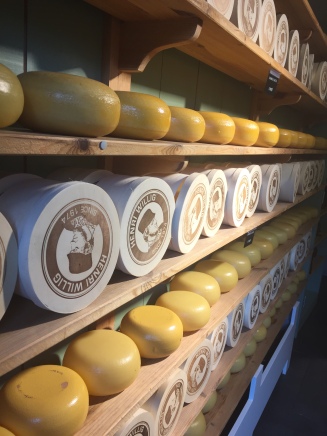 Some cheese sampling, of course. 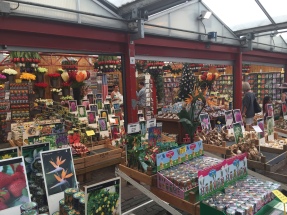 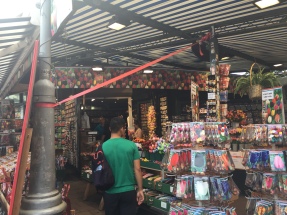 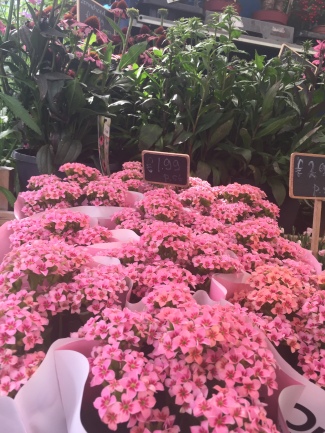 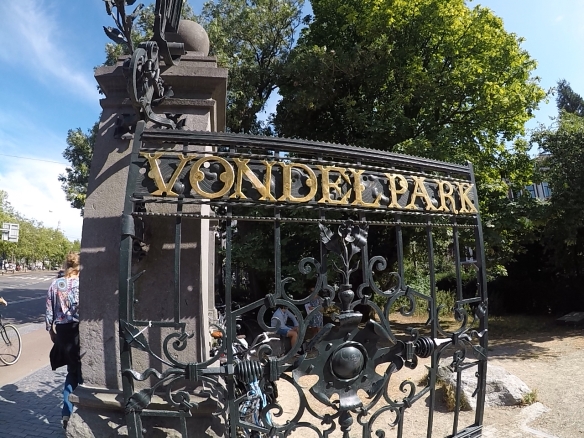 Vondelpark, great for a stroll and a sit 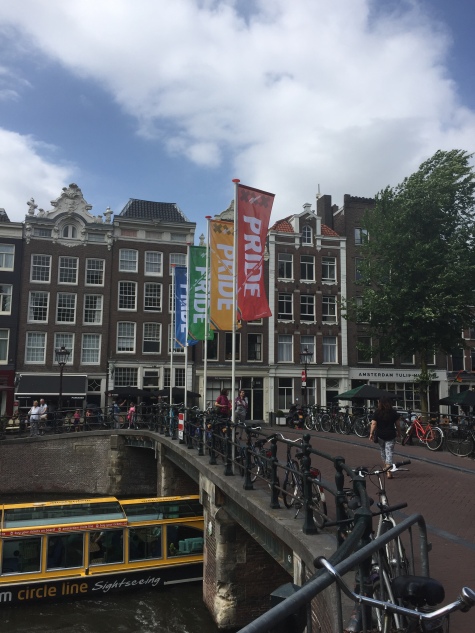 It also happened to be Amsterdam Pride during out visit, which jazzed things up a bit! There was a definite vibe of acceptance and love in the air ❤

Let’s hope this cooler weather follows us to Germany.