After saying hasta luego to my parents and taking (yet another, I must stop doing this to myself) a hellish night bus, I have arrived in Catalonia.

With little/no sleep I did a walking tour, my fav thing to do on day one in a new city. We walked around the Gothic Quarter and I learnt tons about the history of the city and Catalonia region. I was also astounded by how influential art is in Barcelona! The famous artists who inhabited this wondrous city all left legacies that can still be seen today – most markedly being Antoni Gaudi.

Gaudi’s most famous piece of architecture in Barcelona, La Sagrada Familia – construction began in 1882 and it is still not finished to this day (hence, the cranes) 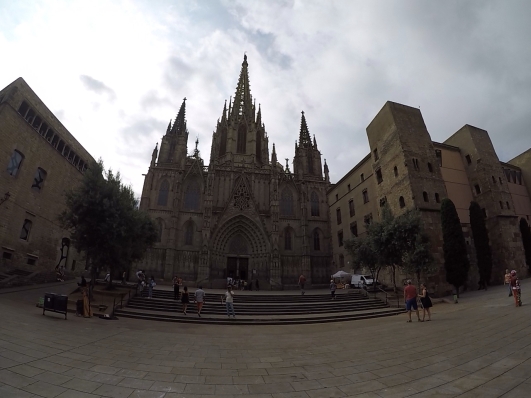 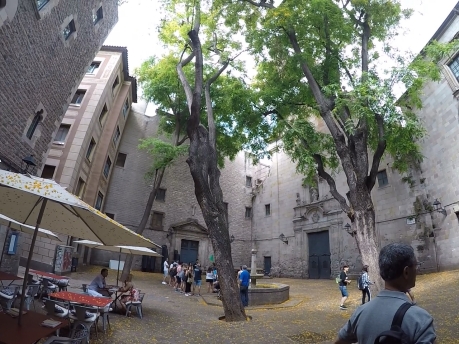 This square has a lot going on. During the Spanish civil war (1936-39) Placa de Sant Felip Neri (this place) was bombed, killing 42 people – many including children as there was an orphanage in the square. Today you can still see damage from the bombing on the walls of the buildings. Another interesting fact is that when the Jewish population was expelled form Barcelona (just as they have been from, like, everywhere) the government started covering up Jewish cemeteries, and this very square used to be one of them! And, as if that wasn’t enough history for you this square also houses a church that Gaudi attended and was on his way to when he was struck by the train causing his death in 1926. Phew, that’s a lot of history for one little place.

This is the exact place where the prosecuted would stand during the Spanish inquisition, looking up at the dark wooden balcony where the judges would look down at you. Eerie. 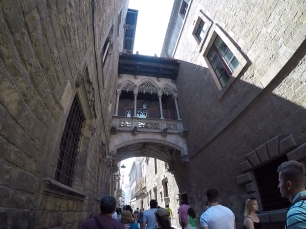 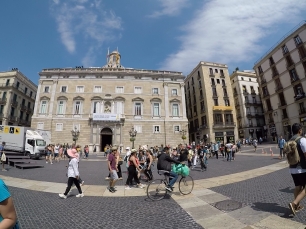 This square (I forget the name) used to be the exact center of Barcino (ancient Barcelona) during Roman times! AKA the Forum! and to this day, the important political buildings are located here 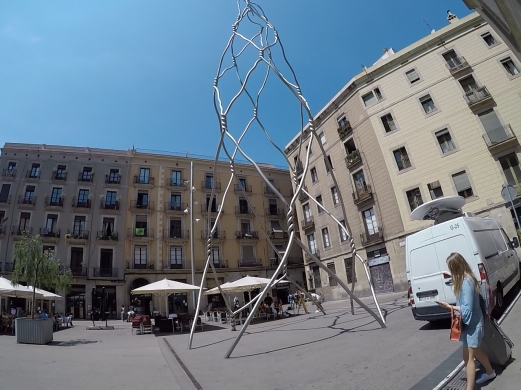 Some modern art for ya’s

A statue of Christopher Colombus pointing out into the ocean because, well, you know.

La Boqueria – market! Anything from fruit, to fish, to cheese, to meat! You name it, you can find it here! 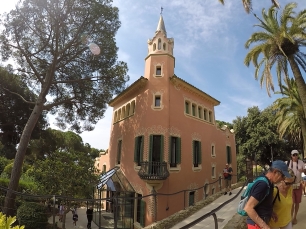 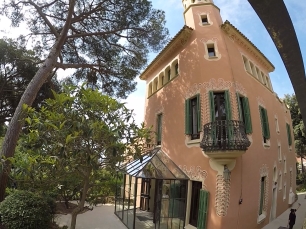 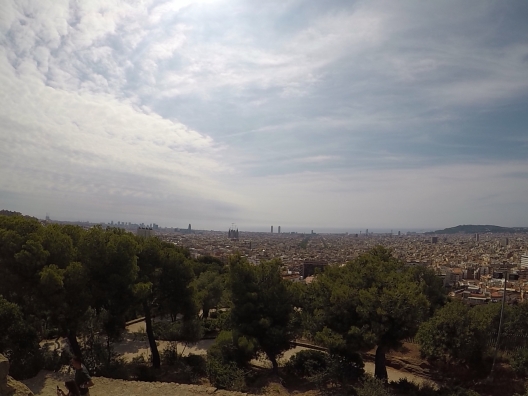 The view of Barcelona from Park Guell 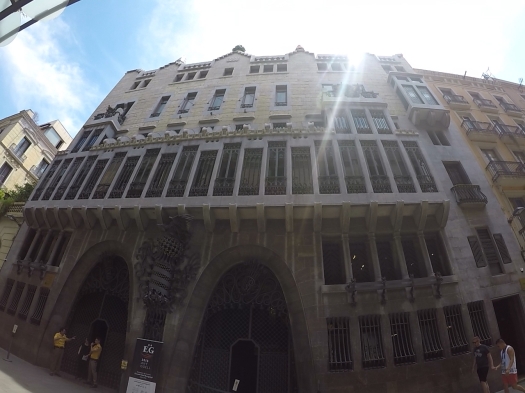 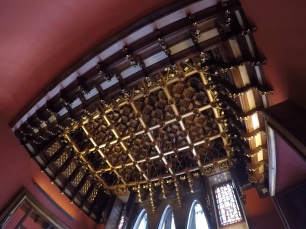 Inside Palau Guell – extra is the name of the game 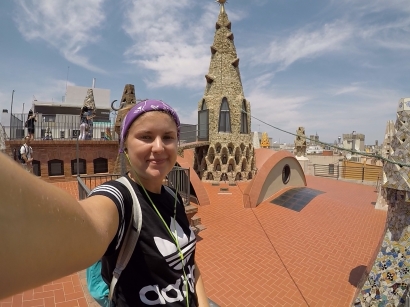 The roof of Palau Guell – my favorite part! Those fun cone things are all chimneys!

While in Barcelona I also visited the Picasso Museum and that was SO COOL. Well worth the entrance fee, highly recommended. I also attempted to visit the Magic Fountain, a fountain that sprays water and shines lights in time to music, but for some unknown reason it wasn’t on that day… Lucky me.

Anywho, that was Barcelona for me! Lots of Gaudi, with a splash of Picasso!