I am hitting several smaller stops between the big things (AKA Fraser Island and what not). Some of which I will only be staying for one or two nights. All of these stops are condensed into one post.

An hour and a half train ride South from Sydney brought me to a completely different world. Where Sydney was all hustle and bustle, Wollongong was chill and beachy. Just what I needed.

I really didn’t do much here, which was perfect.

I did morning yoga on the beach, read my book, conversed with like-minded people, and drank. A little piece of paradise.

Most notably I drove along part of the Great Ocean Road one afternoon!

And that’s about it, folks! A welcome break from Sydney and a little time to recharge before things get busy! 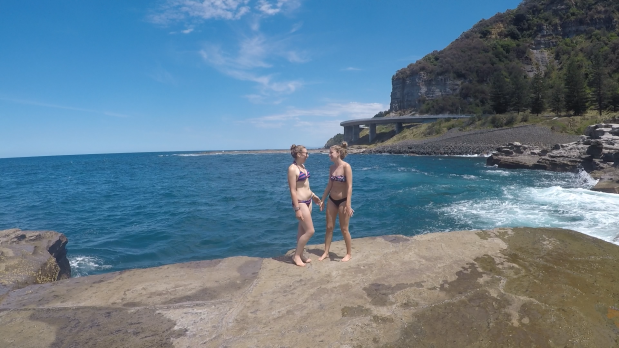 My first stop on my way up the East Coast of Australia!

Day one I stayed in the city, walked to a lovely lighthouse, walked through the shops, and spent some time on the beach! 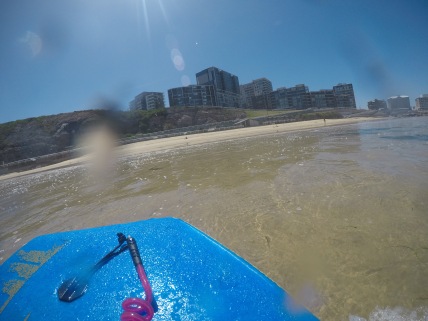 Lighting it up on the body board

The main reason I stopped in Newcastle was to go to the Port Stephens area, the dolphin capital of Australia! I did a little hike to a look out and treated myself to a Valentine’s Day dolphin cruise.

Disappointingly, I only saw two dolphins on the dolphin cruise… A mom and a calf, which was lovely! But we only saw them briefly and they didn’t jump or anything, just lazily come up to the surface a few times. Too bad, maybe another place along the coast I’ll see some more. Fingers crossed.

Little lookout hike I did in Port Stephens. Again, no dolphins 😦

Three hours north of Newcastle, Port Macquarie was the third coastal settlement in Australia during colonization. The only reason I stopped here was to go to the Koala Hospital in town. And it was AWESOME. The hospital rescues injured or sick koalas from the wild, nurses them back to health, puts them through a process of “de-humanizing” prior to being released back into the wild! Check out the koalas, bro.

Anything a koala does is adorable. ‘Eats a leaf’ ME – “AAAWWWEEE”

Less than 24 hours here, onto the next!

Byron Bay is a friggen viiibe, man. Let me paint a picture – everyone is wearing floral, is vegan, has a septum piercing, quirky tattoos, and I’m pretty sure there is not one bra in this entire town. And all of these are A+ great things!

I passed my time eating vegan chocolate sorbet, biking or walking to nearby parks, falling asleep on the beach, and just taking in the feels.

Byron Bay Beach – if you ever wanted to see 500 sexy surfers in one place, this is it, folks 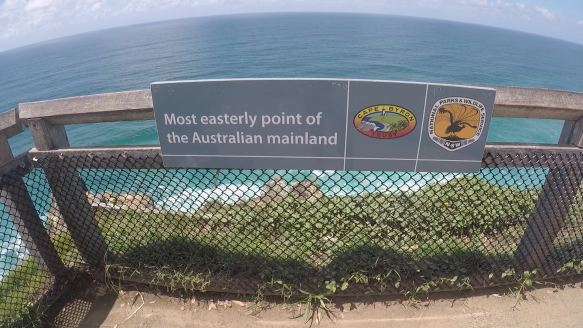 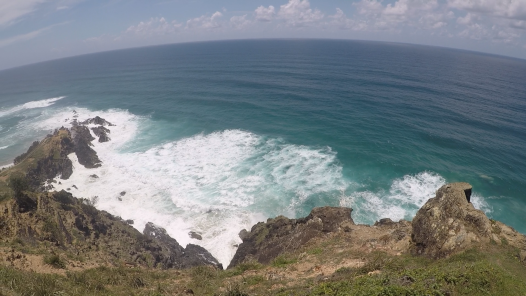 The most Easterly point of mainland Australia! Haaaiiiii. 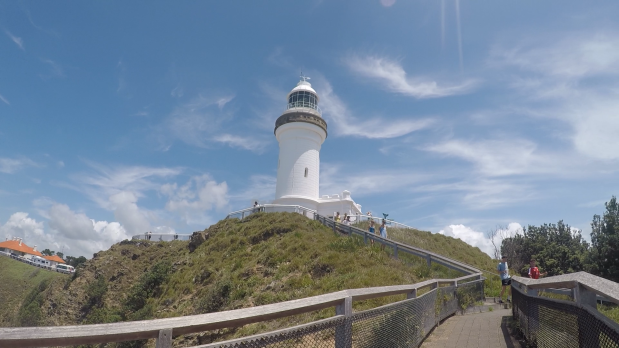 This lighthouse has the brightest light in the Southern Hemisphere, if I’m not mistaken

Thanks Byron, you did not disappoint!

Agnes Water, The Town of 1770, Australia

I stayed here for a day and a half and killed it in a $17 surf lesson – cheapest in Australia (AKA, hurt my leg and ingested copious amounts of water), went to a weird rock and roll/country/hippy/surfer pub in my pajama shirt, and laid on the beach.

While I was doing surf lessons there was a photographer taking pictures of us, and he literally only got pictures of me either doing nothing or falling. I mean, I did a lot of nothing and falling. So. It’s fair. But I didn’t spend $5 on that.

So I have no pictures from this lovely little place!

I didn’t really mean to stay in Airlie Beach. Airlie Beach is where everyone goes to start their Whitsundays sailing trips. Once you’ve done you’re sailing trip there isn’t really much to do here other than swim in the lagoon (a man made swimming pool right next to the ocean because there are to many jelly fish in the ocean to swim without a stinger suit). So I attempted to leave Airlie Beach the morning after my sailing trip. Upon pick up the bus driver made an announcement – “we might not make it to Townsville today”. Uhm, what, sir? Turns out, there are record amounts of rain north of Airlie Beach rn and this is flooding the highway. Shit. So. We drive to Bowen, about 1.5 hours from Airlie Beach, to take a 15 minute coffee break at a gas station that turned into a 5 hour long waiting game in which we were told that the highway has been closed due to 2 feet of rain water flooding it (fair). BUT if the highway clears we can keep going! So, let’s just sit in this gas station for a few hours to see what happens! Turns out, after 5 hours of waiting, we ended up having to return to Airlie Beach. Bummer.  I attempted to get a hair cut once we got back to Airlie, no cigar on that. So I bought a new bathing suit and some ice cream and went to the lagoon. Again. And that’s about it!

Finally made it through on the highway the following day! Thank God! I arrived in Townsville to 86% humidity and a 20 minute walk to the hostel. Grrrreat. I checked into the hostel and hit the town to find a place to get my hair cut. I found it. I paid 20$ at a strange Asian salon for a lady, who had clearly never been to any kind of formal “haircutting school”, to take my hair out of my sweaty bun, comb it out, cut it dry, and say “all done, you like?” Sure lady – for 20$, I like. UPDATE: the left side of my hair is about 1-2 inches longer than the right side of my hair.